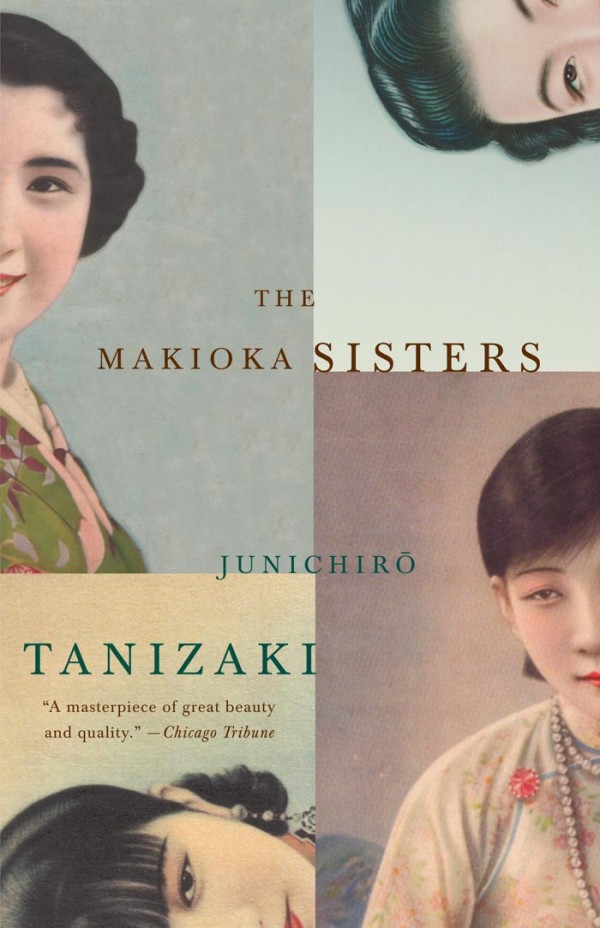 “In Osaka in the years immediately before World War II, four aristocratic women try to preserve a way of life that is vanishing. As told by Junichiro Tanizaki, the story of the Makioka sisters forms what is arguably the greatest Japanese novel of the twentieth century, a poignant yet unsparing portrait of a family–and an entire society–sliding into the abyss of modernity.

Tsuruko, the eldest sister, clings obstinately to the prestige of her family name even as her husband prepares to move their household to Tokyo, where that name means nothing. Sachiko compromises valiantly to secure the future of her younger sisters. The unmarried Yukiko is a hostage to her family’s exacting standards, while the spirited Taeko rebels by flinging herself into scandalous romantic alliances. Filled with vignettes of upper-class Japanese life and capturing both the decorum and the heartache of its protagonist, The Makioka Sisters is a classic of international literature.”