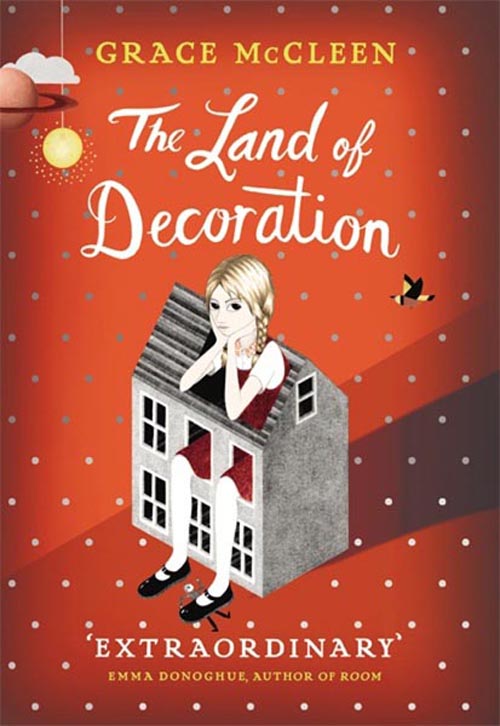 “In Grace McCleen’s harrowing, powerful debut, she introduces an unforgettable heroine in ten-year-old Judith McPherson, a young believer who sees the world with the clear Eyes of Faith. Persecuted at school for her beliefs and struggling with her distant, devout father at home, young Judith finds solace and connection in a model in miniature of the Promised Land that she has constructed in her room from collected discarded scraps—the Land of Decoration. Where others might see rubbish, Judith sees possibility and divinity in even the strangest traces left behind. As ominous forces disrupt the peace in her and Father’s modest lives—a strike threatens her father’s factory job, and the taunting at school slips into dangerous territory—Judith makes a miracle in the Land of Decoration that solidifies her blossoming convictions. She is God’s chosen instrument. But the heady consequences of her newfound power are difficult to control and may threaten the very foundations of her world.

With its intensely taut storytelling and crystalline prose, The Land of Decoration is a gripping, psychologically complex story of good and evil, belonging and isolation, which casts new and startling light on how far we’ll go to protect the things we love most.”